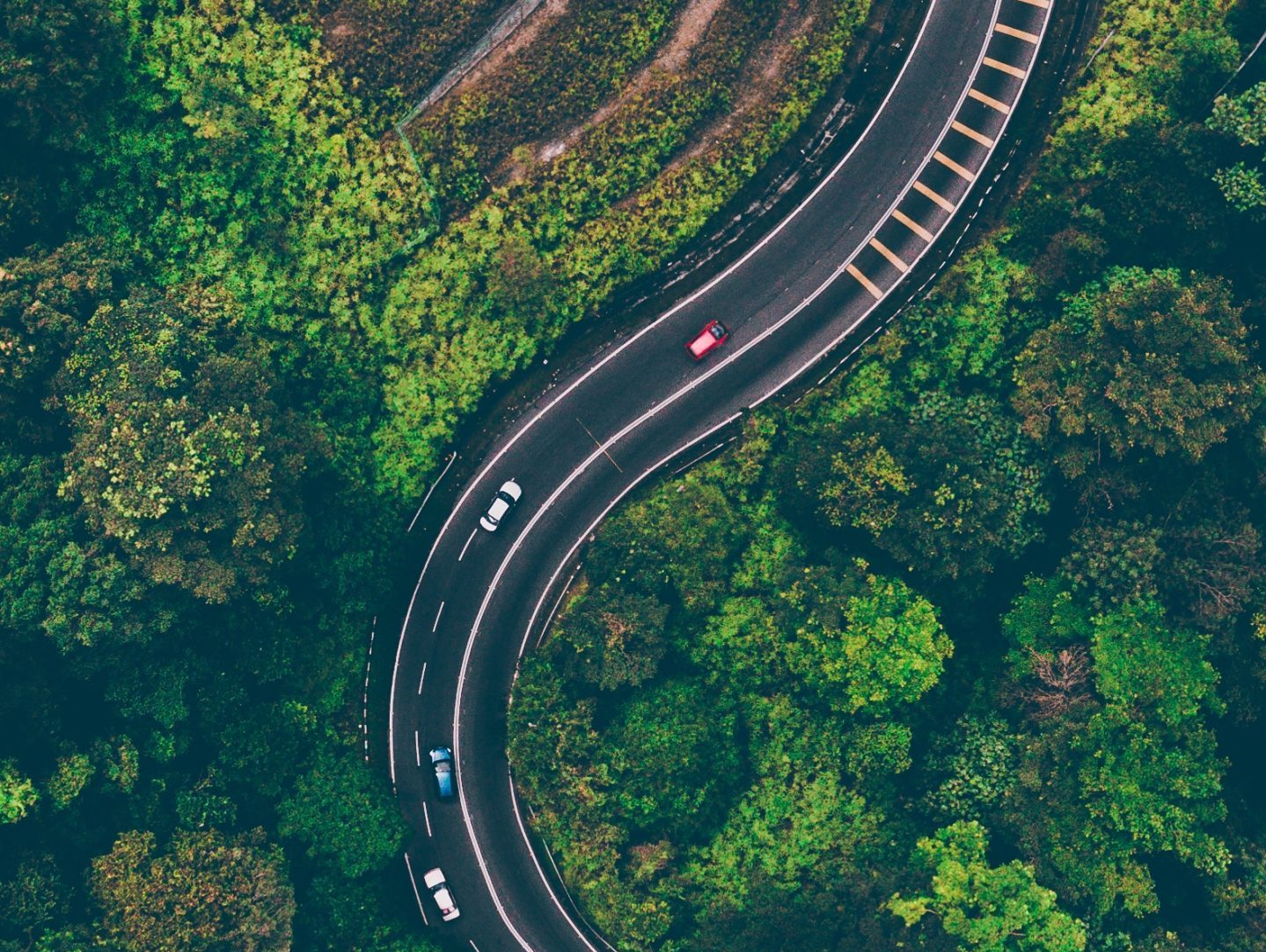 This case highlights that insurers, when viewed independently of their insured, do not fall within the category of individuals who may avail themselves of the right of compensation under section 92(2) of the Environmental Protection Act[2]. Moreover, this case demonstrates the hurdles that an insurer may face in arguing unjust enrichment, when a payment is made voluntarily, for the benefit of its own insured.

The appellant, Intact, insured a transportation company (the “insured”) against liability for damage to the property of others. The policy limit was $5 million.[3]

In an unfortunate turn of events, while carrying a shipment of liquid formaldehyde, one of the insured’s trucks overturned, releasing 30,000 litres of formaldehyde into the surrounding residential area and municipal water supply in North Bay, Ontario.[4]

The spill engaged the insured’s duty to remediate the adverse effects of the spill under section 93 the EPA. This statutory duty arose for two main reasons. First,  formaldehyde is a pollutant within the meaning of the EPA.[5] Second, the insured was in control of the pollutant at the time of the spill.[6] In accordance with its policy obligations, Intact began making payments toward remediation efforts.[7]

The respondents, Tembec Inc. (“Tembec”), ARC Resins Corporation (“ARC”) and Group G3 Inc./Le Groupe G3 Inc. (“G3”) were also subject to a remediation order under the EPA. These respondents were the shipper, the company to whom the pollutant was shipped, and the broker. Intact formally advised Zurich, the insurer for the respondents, that the $5 million policy limit would soon be reached, at which point Zurich would have to take over payments.[8] Zurich advised that it would not pay money towards the remediation until it was formally in receipt of a Minister’s Order under the EPA.[9]

Intact continued paying for remediation efforts, eventually paying $7.96 million — $2.96 million over and above the insured’s policy limits.[10] Intact subsequently brought an action against the respondents and Zurich to recover these excess payments.[11]

Intact brought a motion for summary judgement, relying on two main arguments. First, it argued that section 99(2)(a) of the EPA created a right of action to recover the overpayment from the respondents as they failed to contribute to the cost of remediation when Intact’s policy limits were exhausted. As a result, Intact argued that it qualified as a person who suffered a loss as a direct result of the spill.[12] Second, Intact claimed that the respondents were unjustly enriched, as the excess payments were a deprivation for which there was no juristic reason.[13] More specifically, Intact argued that by making the excess payments, the respondents were relieved of making a payment it would have otherwise been required to make.[14] Intact argued that this was the case, regardless of the fact that even if Zurich had made payments, Zurich had the ability to later recover these payments from Intact’s insured.

The respondents argued that the Intact insured was 100% at fault for the spill, as the spill occurred due to the way the insured’s driver operated its vehicle. As a result, it argued that the Intact insured would be ultimately liable for the entire cost of the remediation.[15] Moreover, the respondents maintained that Intact had no right of recovery against them under the EPA, and that there was no unjust enrichment, as any money paid in excess was for the benefit of Intact’s own insured.[16]

Justice Pollak held that the respondents could rely on section 99(3) of the EPA, which creates a defence for those who took all reasonable care to prevent the spill. On the evidence, the motion judge accepted that the spill occurred to due to the way the insured’s driver operated the vehicle. Moreover, she further held that the applicant could not succeed in its argument for unjust enrichment, as the party who benefitted from the excess payments was the insured, and the payments were made without any reasonable expectation that Intact would recover them from the respondents. Intact appealed.

The Ontario Court of Appeal Decision

With respect to the section 99(2)(a) claim, the Court held that although Part X of the EPA allows certain categories of people to recover expenses associated with environmental remediation, Intact, when viewed as a separate entity from the insured, was not an appropriate section 99(2)(a) claimant. The Court stated that the purpose of Part X is to provide restitution to a party whose property has been contaminated, and subsequently incurs remediation expenses. Intact did not fall under this class of individuals.

Second, Intact was not required to incur remediation expenses above the policy limit. It was not under a section 93 duty to remediate, and the excess payments were not made pursuant to a policy obligation to its insured, or a Minister’s order.

As a result, when Intact reached the policy limits, it ceased to be under any obligation to pay remediation costs. It was not under any other additional legal duty to remediate. Unlike a property owner, it was not making excess payments to protect its property from contamination.[17]

Unlike a property owner faced with contamination, who would suffer a loss regardless of whether she expended funds on remediation, or a person who herself has a duty to remediate, Intact could have chosen not to incur this particular loss. Intact’s choice – not the spill or the respondents’ neglect of their duty – was the direct cause of it expending nearly $3 million more than its policy limits. While the respondents’ neglect may have been an indirect cause of Intact’s continued remediation payments, such losses are beyond the reach of s. 99(2)(a).

The Claim for Unjust Enrichment

The Court of Appeal rejected Intact’s claim for unjust enrichment. The Court held that because Zurich could have recovered any payments made from Intact’s insured, this form of temporary benefit did not constitute an enrichment.[19]

Moreover, due to the fact that Intact made the payments voluntarily, without any reasonable expectation of Zurich refunding these payments, the doctrine of unjust enrichment was of no assistance.[20]

Intact could have chosen not to continue payments beyond the $5 million policy limit. As a party separate from its insured, it could not take advantage of the compensatory remedy offered by section 99(2)(a) of the EPA. Moreover, its arguments of unjust enrichment could not succeed due to the voluntary nature of the payments and the reasonable expectations of the parties. 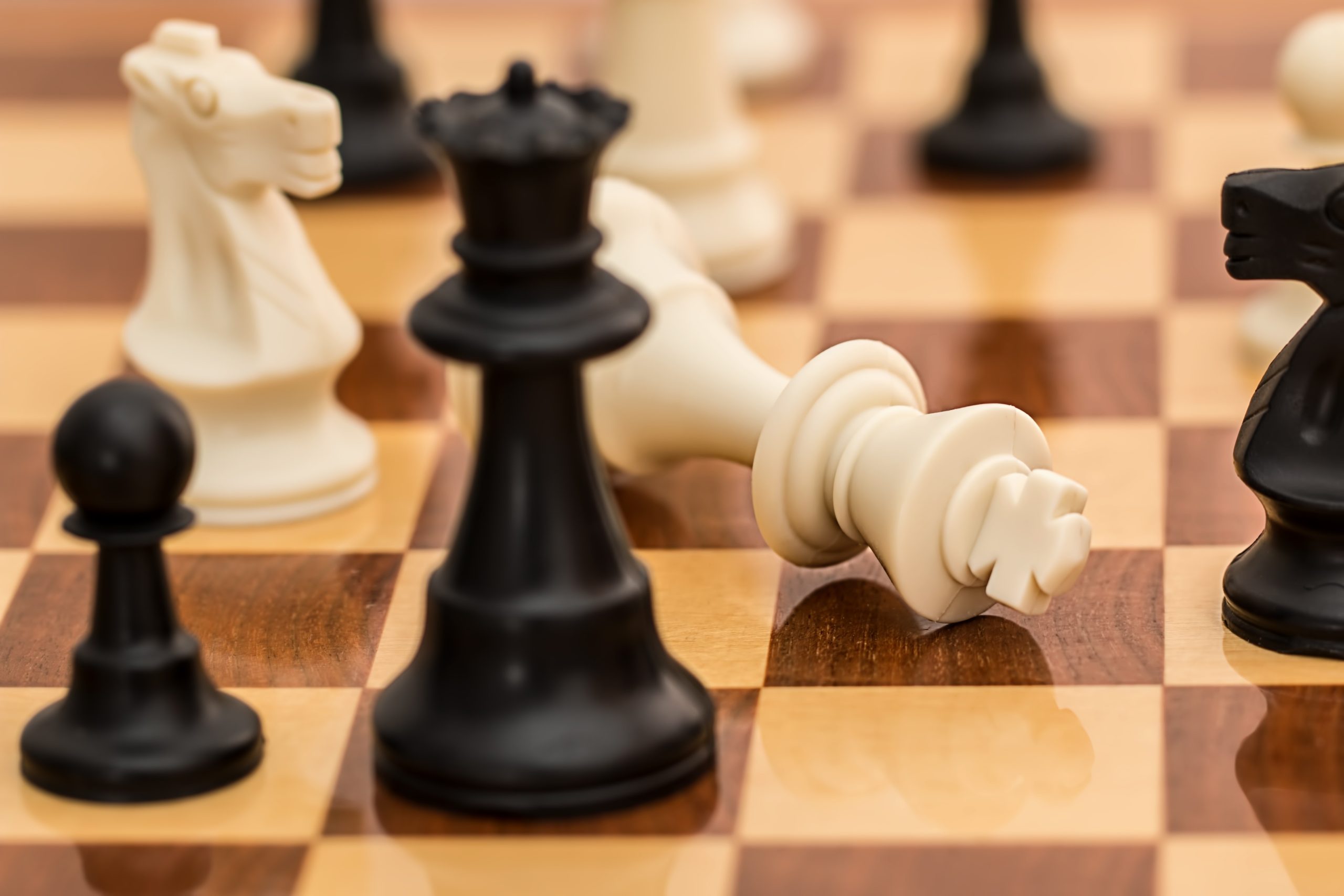 By: Murray Stieber, Chris Afonso, Landan Peleikis Overview Liability insurance policies can protect insureds against claims resulting from injuries and damage to other people or property.[1] In addition to indemnifying insureds, many liability insurance policies contain provisions requiring the insurer to defend certain types of lawsuits brought against the insured – otherwise known as the … Continued 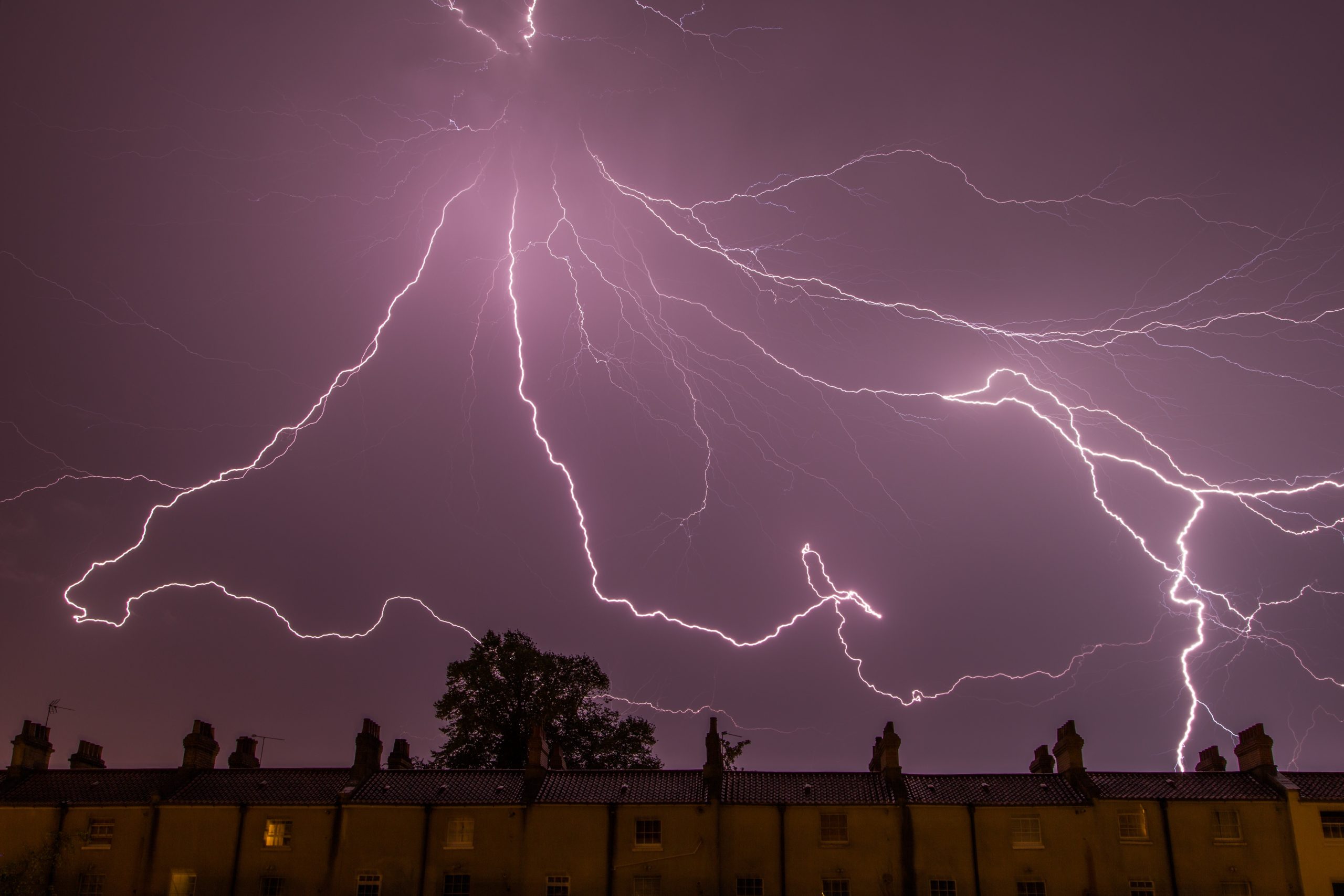 By: Jessica DiFederico, Christian Breukelman and Grace Murdoch It goes without saying that a traumatic or distressing event can cause somebody great stress and anxiety, even if it did not cause them physical injury.  Such an injury is described in the case law as “nervous shock”.  Nervous shock claims result from mental or psychiatric injuries … Continued 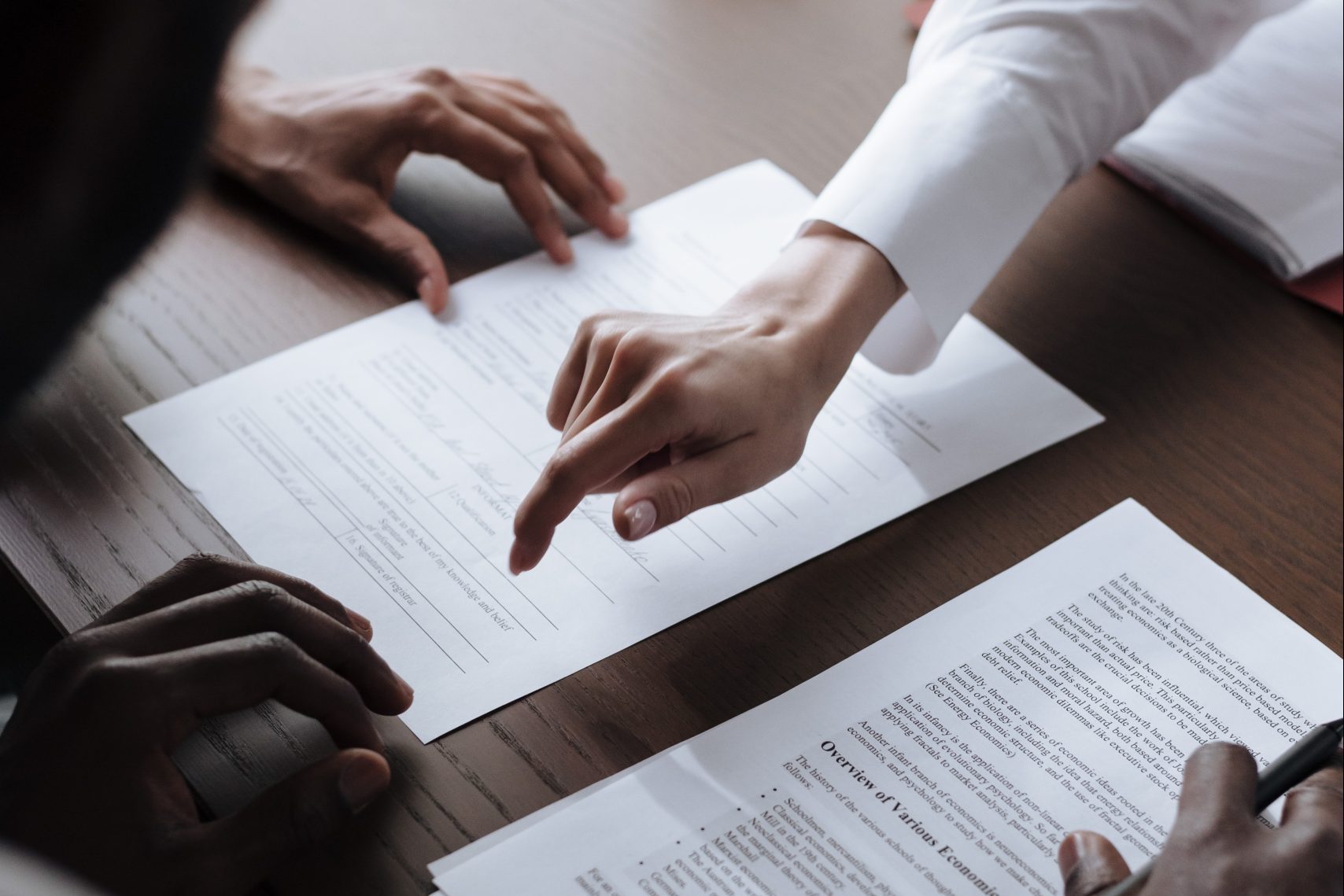 Contractual Liability Exclusions: How Far do they Reach?

By: Avi Sharabi and Lujza Csanyi Commercial operations by nature often involve contracts, whether written or verbal. The commercial general liability (“CGL”) policy’s standard form wording contains a contractual liability exclusion. The exclusion is, on the one hand, often broadly worded. However, on the other hand, it contains exceptions which carve back the exclusion in … Continued